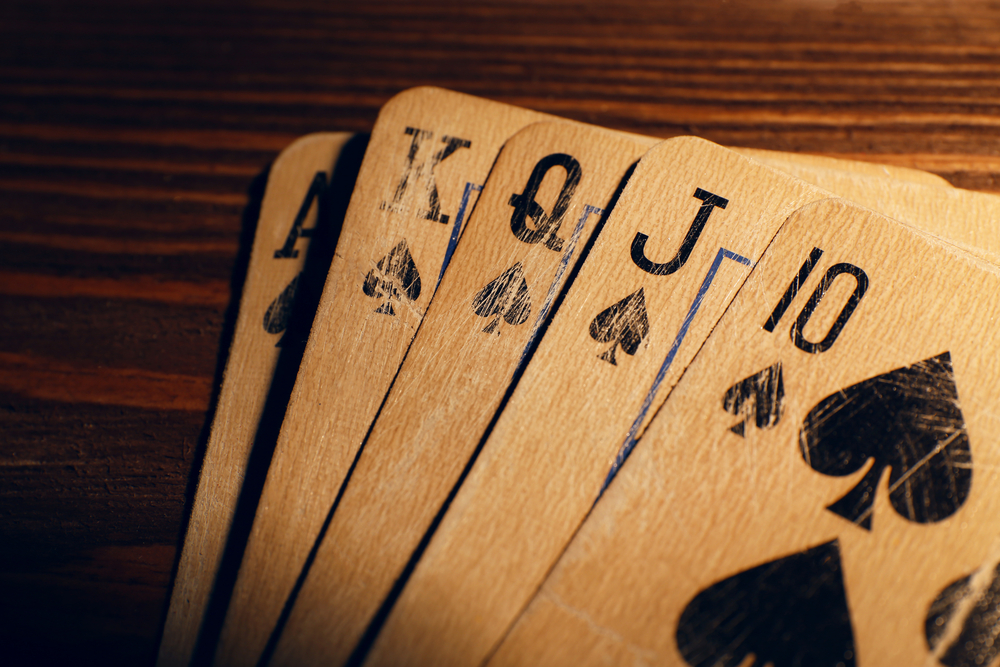 Poker is without doubt one of the oldest card games still played today and most historians believe that the game started being played more than 10 centuries ago. Even though the types of poker games that are played today may appear completely different from their ancestral precursors, the underlying principles of the game have not changed much over the years especially when it comes to the fact that winning in the game depends on the ability of a player to successfully ‘bluff’ the other players.

A quick study of the history of the game reveals that almost all the major dynasties of the past as well as some relatively modern ones played poker with the first such incident being found in records of Chinese Emperor Mutsung playing a version of the game on New Year ’s Eve with his wife. The ancient Egyptians, the Persians, the French and even the English colonialists all played at least one version of the game. However, poker as we know it probably came to birth during the American Civil War when soldiers from both armies played the game to while away the time in between battles. The poker we play today, alongside modern inventions like awesome slots and cool free spins, is a child born on the shores of the Mississippi and it has taken different forms and morphed into different types of poker. Each epoch of history from the civil war has had a prominent poker game that was more popular than the rest and the three most prominent of them all include the following:

As more and more variations and types of poker games continue to emerge, professional poker players are shifting away from the culture of playing only one type of poker game and combining them to make mixed games that are deemed more exiting and more challenging to the players. One of the most popular of these mixed poker games is the HORSE poker game. HORSE here is an acronym made up of the 5 individual poker games from which it is drawn. The five games are Hold’em, Omaha Hi, Razz, Stud and Eight-or-better. Since the rules of mixed poker games are usually drawn from the rules of the individual games it is therefore important to understand their individual poker rules and they will be explained briefly below. But first you have to understand poker hand rankings.

Two Pair- A set of two Pairs. The winner is the player with the highest valued pair

Three of a kind- as the title says, this is a set that has at least three cards of equal value.

Flush- at least five cards of similar suit but not in sequence.

Straight Flush- any sequence of five cards of the same suit

Royal Flush- sequence of five cards in the same suit between 10 and the Ace.

UK poker rules vary slightly from the rules of poker played in other parts of the world if you are playing with physical cards. However if you are playing over the internet then you will probably have to follow the same online poker rules that apply to all the other online players. The specific rules for each of the games are as follows;

The rules of playing Omaha poker are similar to the ones above except that you get four cards and you MUST use two of these to make your hand. The four cards makes for a much more action-packed game and, in order for it to not become too crazy, it is usually played in either Pot-limit or Limit betting structures.

These three games are just variants of the same stud game that has been played for centuries. Stud in HORSE games refers to the 7 card stud game which has already been covered in earlier parts of this article.

Eight-or-Better is also known as stud Hi-Lo and is similar to 7 card stud except for the fact that the pot is divided into two at showdown, with one half going to the best ‘low hand’ and the other half to the winning best hand.

Razz only differs from stud poker in the rules that govern the factors below;

In closing, it is important to always remember that rules of playing HORSE poker are not cast in stone and can be adjusted depending on a number of factors. The cardinal rule here is that all the players must agree on all of the other rules before the game begins.